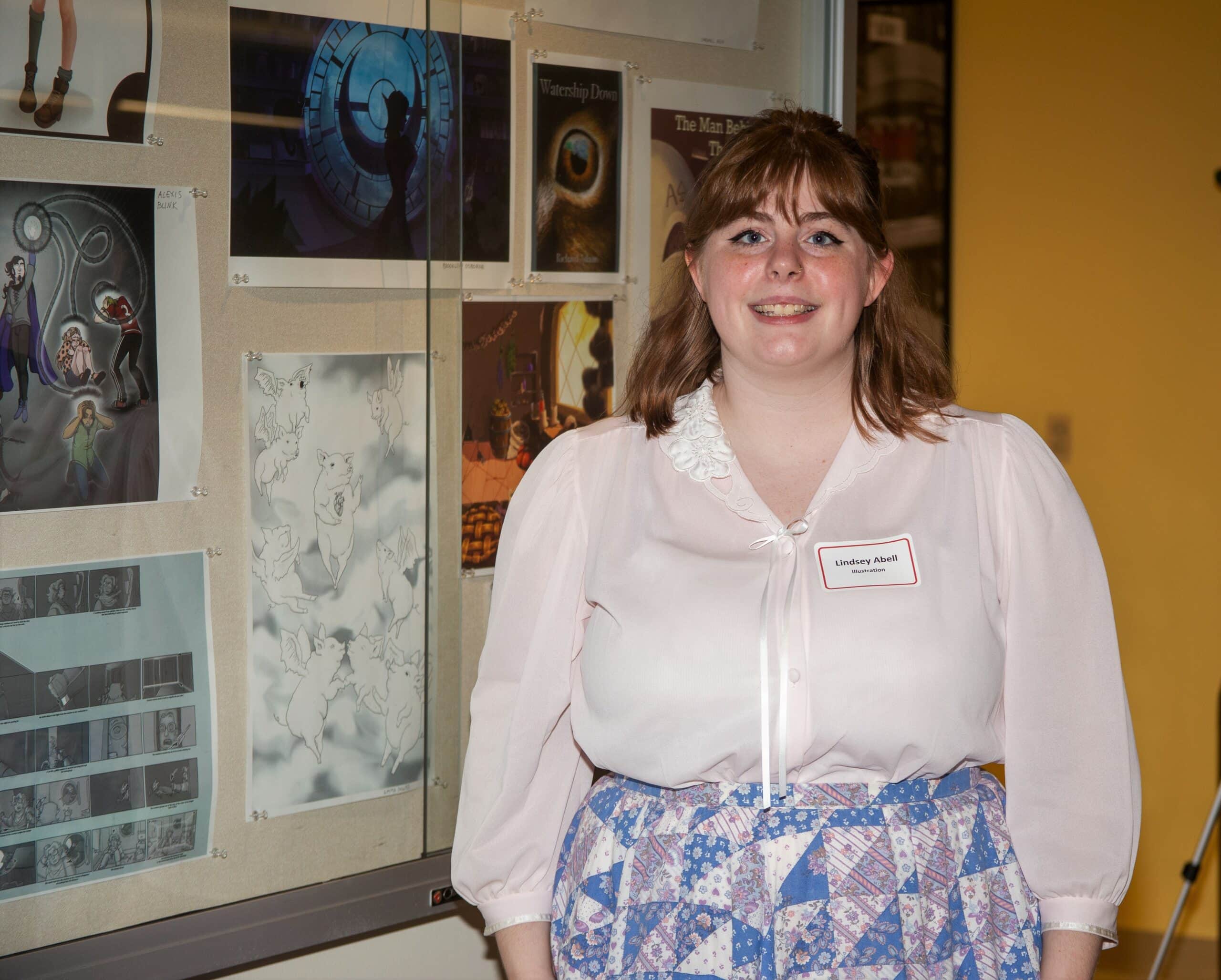 This past spring, Lindsey Abell graduated from the Academy with a Bachelor’s Degree in Illustration. After graduation, she began her job hunt, focusing mostly on well-known job search sites. After a few months of searching, she decided to widen her net. Looking through smaller, less known, and local job boards led Lindsey to Von Maur, an upscale department store with headquarters in Iowa, where she is originally from. A few days after applying she was contacted for a short phone interview followed by a second in-person interview.

“The second interview was daunting. It was exactly like my exit interview at the Academy, except I was interviewed 2 on 1. Afterward, I felt good though, I went in confident and left confident. I got a call to start working a few days later and was so happy that I finally found a job in my field!”

Lindsey’s typical week at Von Maur is split into tasks. She is in charge of content creation for

Social Media, the Von Maur website homepage and banners, and all physical signage for the stores. She spends the majority of her time working in Adobe Photoshop. When it comes time to print the physical signage, Lindsey has to print, hand cut, and ship her designs to every Von Maur store. She spends the remainder of her time doing design work on the website, preparing for the homepage refresh every Saturday.

Lindsey has 4 pieces of refreshingly honest advice for future grads in search of a career:

Lindsey looks back on her days at the Academy fondly, especially Halloween season. Her favorite memories are from being around so many costume makers, with candy everywhere, and the Halloween parade.

To see more of Lindsey’s artwork, check out her Instagram.