Career direction doing
something you love 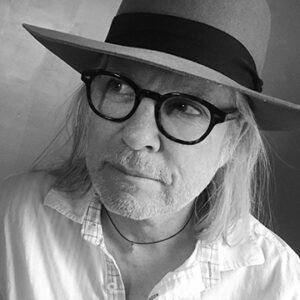 Mat Barber Kennedy R.I. is a fine artist and watercolorist who is nationally and internationally exhibited. He is represented by several galleries in the United Kingdom and the US and represented for publishing by Grand Image in Seattle. Primarily a plein air painter, he spends much of the summer painting and teaching in invitational events. Mat studied architecture at Sheffield University, earned his Masters degree at the Royal College of Art, and is a member of the Royal Institute of Painters in Watercolor, the Royal Society of Arts, and the American Impressionist Society. 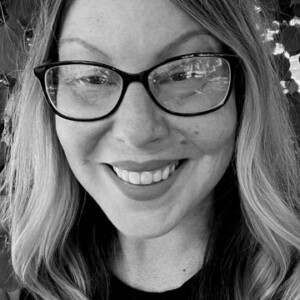 Chair of the Humanities & Sciences
jbotich@aaart.edu

Jennifer Botich holds a Master of Arts in Interdisciplinary Studies from DePaul University and a Bachelor of Science in Speech Communication from Illinois State University. In 2002, presented with an opportunity to teach, she discovered her passion. With over twenty years of experience in academia, she prepares creative minds with the essential writing, critical thinking, and communication skills necessary to succeed both personally and professionally. Jennifer joined the Academy family in 2015 and has found great joy in teaching Academy students the art of academic, creative, and professional writing. 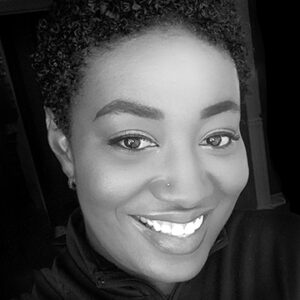 Tiffany M. Bruessard is a communications instructor in the department of humanities and sciences. She has taught communication classes (primarily speech) for over a decade. Tiffany graduated from Governors State University with a B.A. in Communications Studies and an M.A. in Communication and Training. She was not only a member, but also the president of Lambda Pi Eta, National Communication Association Honor Society. She is passionate about providing her students skills that will enhance every aspect of interactions with the world and themselves. 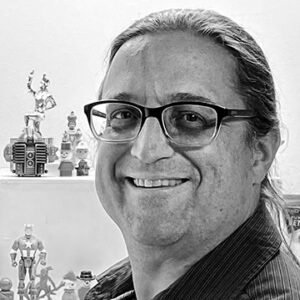 Chris Cosnowski is an artist and educator living and working in Chicago.  He has taught at the American Academy of Art College since 2003. He received his BFA  from the Columbus College of Art and Design in 1992 and his MFA from Northwestern University in 2000. He has exhibited extensively throughout the United States as well as London.  His work has been reviewed in numerous publications, including the New York Observer, and was also featured on the cover of New American Paintings in 2001 and 2013. In 2017, Mr. Cosnowski was selected to design an art glass installation for the Montrose Blue Line Station by the Chicago Transit Authority. 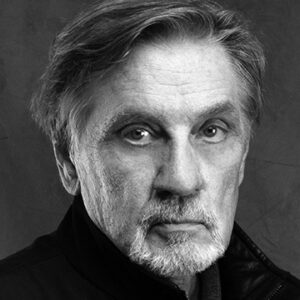 Chair of the Photography and Digital Media
rdrea@aaart.edu

Robert Drea is Chair of the Photography and Digital Media Department at the American Academy of Art College in Chicago. His photo-documentaries have been exhibited nationally including City of Boxers which was the subject of a public television profile and awarded the Illinois Arts Council Fellowship. He was also awarded the Prix du Ministre de la Culture Français in 1985 for his exhibition in Paris, Chicago Portraits. Since 2014 he has created and photographed landscape interventions in Richland County, Wisconsin on a farm that has been in his family for five generations. 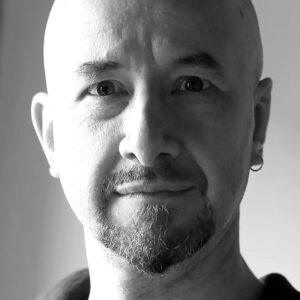 Misha Goro joined the American Academy of Art College in 2002. He holds the position of chair of the Graphic Design Department.  He was born in St. Petersburg, Russia and earned a Bachelor of Arts in architecture. He came to America in 1993 where he received his Master of Fine Arts in printmaking at the University of Illinois at Urbana-Champaign.  Misha has won over a dozen prestigious national and international awards and prizes.  His work is part of numerous private and public collections that include museums, libraries, and public institutions worldwide.

Mukhina College of Art and Design, St. Petersburg, Russia – BA in Architecture, University of Illinois at Urbana-Champaign – MFA in Printmaking 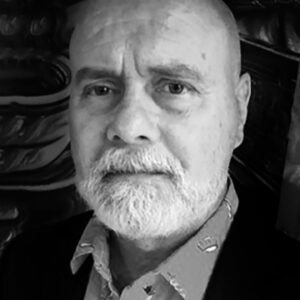 Richard Kryczka is an illustrator, graphic designer and painter. He began his college education at the Academy in 1977, earning Associate Degrees in Illustration and Graphic Design. He earned his BFA and MFA in Drawing and Painting at Southern Illinois University while working as an art director, illustrator and designer at SIU’s Graphics Department in addition to freelance and agency work. He joined the faculty at the American Academy of Art College in 1987, teaching all levels of illustration. Richard is also an  exhibiting watercolorist and signature member of the Illinois Watercolor Society and the Miniature Painters, Sculptors & Gravers Society of Washington, DC.

Southern Illinois University in Carbondale,IL – MFA and BFA in Drawing and Painting 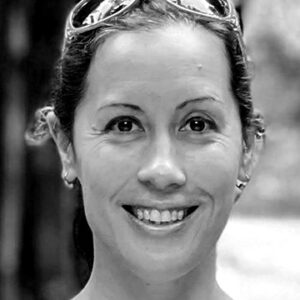 Nadia McDonald holds a Ph.D. in Art History from Florida State University and a M.A. in Medieval Studies from the University of Connecticut. Her published work includes “Medieval Art and Neuroscience: An Introduction” in Cognitive Sciences and Medieval Studies: An Introduction, eds. Juliana Dresvina and Victoria Blud (University of Wales Press, Nov. 2020) and “Medieval Court and Aristocracy” in Medieval Culture: A Compendium of Critical Topics: Fundamental Aspects and Conditions of the European Middle Ages, ed. Albrecht Classen (De Gruyter, 2015). Dr. McDonald has previously taught at Florida State University and Rocky Mountain College of Art and Design. 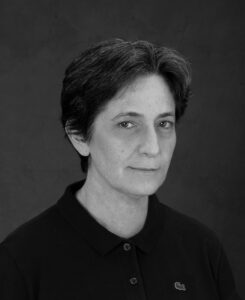 Anahita Mobarhan is a Web designer/developer and animator with national and international clients. She holds a BA in painting from the Accademia di Belle Arti in Rome and MFA in Film from the UCLA school of Film and Television. She has a Certificate degree in Web Programming from the University of Illinois at Champaign-Urbana. Anahita was awarded a 2005 grant to work with neurologists and speech therapists at the Ospedale Pediatrico Bambino Gesù in Rome, Italy which  was presented at conferences throughout Europe and in Boston. Her artwork was also exhibited in galleries in Rome, Milan, Turin, Bologna and Como, Italy. 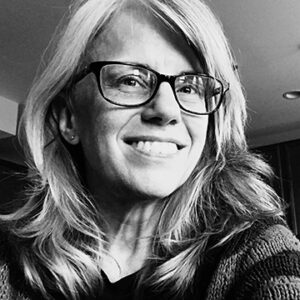 Chair Committee for Academic and Professional Excellence, Illustration and Humanities and Sciences
kmount@aaart.edu

Kristin Mount is a medical illustrator who joined the American Academy of Art College in 2005.

She holds a Master of Associated Medical Sciences degree from the Biomedical Visualization program at the University of Illinois at Chicago. She ran her own full time freelance illustration studio from 1993 through 2005, has illustrated over 100 medical textbooks, and created medical and surgical illustrations for doctors, law firms, and pharmaceutical companies. Kristin was among the first in the field to create 3D anatomical models, and her 3D model of the human eye was accepted into SIGGRAPH’S first annual stereo slide set series.

University of Illinois at Chicago – MAMS in Biomedical Visualization 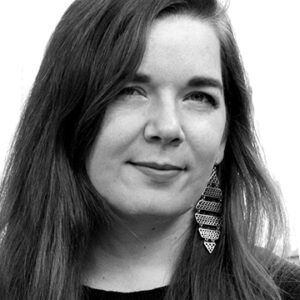 Jessica Mueller is an interdisciplinary artist, writer, and educator. Since 2004, she has been a teaching artist with Chicago Arts Partnerships in Education, working in Chicago Public Schools. Jessica holds an MFA from the School of the Art Institute of Chicago and is a member of the Chicago ACT Collective and MotherArt: Revisited. She exhibits locally and nationally, and her work is part of the permanent collections at SAIC’s Joan Flasch Artists’ Book Collection, Columbia College’s Center for Book and Paper Arts, and the Library of Congress. Jessica is a recipient of the American Institute of Graphic Arts (AIGA) 2019 Heart of Gold Award and is a 3Arts 2021 Make A Wave grantee. 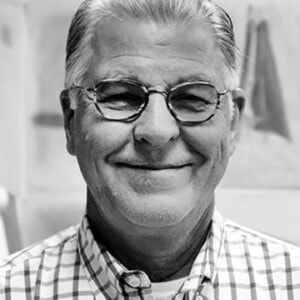 Joel Pace’s art studies began at age five when he would accompany his older brothers to art classes offered at Pittsburgh’s Carnegie Museum. His enthusiasm for drawing eventually led to undergraduate studies at the University of Illinois, where he earned a BFA in 1973. After taking a ten-year break to play music in various bands, Mr. Pace was accepted to Carnegie Mellon University in Pittsburgh, earning his MFA in Painting and Drawing in 1985. Mr. Pace moved to Chicago after graduate school and began teaching at the American Academy of Art College in 1987. In addition to his studio work, Mr. Pace has a strong interest in the study of Art History, particularly that of the Victorian era. 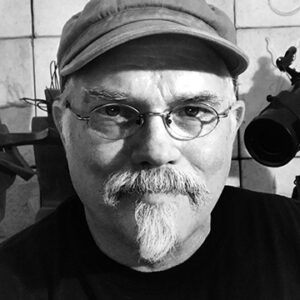 Bobby Joe Scribner is a sculptor with work ranging from figurative to abstract in a wide variety of media. Bobby Joe has taught at the American Academy of Art College since 1994. He received an MFA from Northern Illinois University in DeKalb and a BFA from the University of Arizona in Tucson. After finishing his degree program Bobby Joe established his studio in Woodstock, IL where he has created many works exhibited throughout the country and held in both private and public collections. He also teaches private lessons in metal work and design at his studio in the summer. 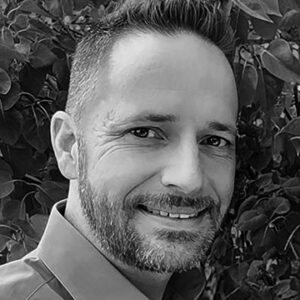 Marc Soehl is a full-time instructor in 3-D Modeling/Animation and joined the Academy in 2008.  He holds a BFA in Media Arts and Animation from the Illinois Institute of Art Chicago and a MFA in Visual Effects and Animation from the Academy of Art University San Francisco. His professional experience includes High Voltage Software where he worked on Disney’s Haunted Mansion as a 3-D artist. He additionally worked for Adler Planetarium as senior 3-D artist/animator on shows for NASA and Sesame Workshop that were shown in the planetarium’s full dome theater. Marc freelances as a 3-D artist/animator and game developer for clients as well. 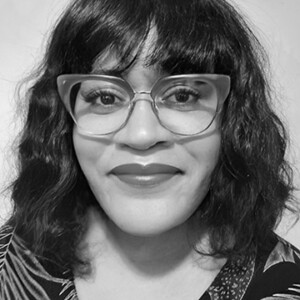 Michele Stutts is a Chicago-based contemporary artist with work shown nationally and internationally. Originally born in Liverpool, UK, Michele utilizes painting, drawings, collage, installations, and video as her media of choice. Recently her work has been exclusively in assemblage. Her works are often related to socio-political ethics, mental health, beauty and sexuality.  Michele received her Associates of Art from the American Academy of Art College, BFA from Chicago State University, and MFA from Columbia College Chicago. Since 1990, Stutts has taught at the American Academy of Art College and been a member of ARC Gallery & Educational Foundation.

Fundamentals of Art I & II 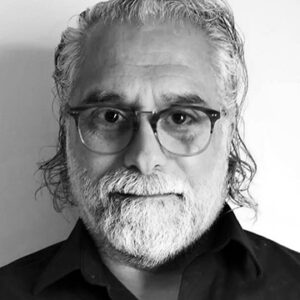 David Joel Thomas’ interest and training in philosophy, art, architecture and design reflect his commitment to bridging the gap between critical research and creative synthesis. His international experience in Pakistan, Turkey, and Afghanistan draw him to the crossroads of politics, archeology, post-war reconstruction, autonomous modernization, global aesthetics, and the multiplicity and diversity of cultures. Mr. Thomas has a multi-disciplinary practice as a visual artist with special focus on digital media, a critical and creative writer, and a designer at the object and architectural scales. David holds an MFA in Interior Architecture from the School of the Art Institute of Chicago, an MA in Philosophy and a BA in Philosophy from DePaul University.

The School of the Art Institute of Chicago – MFA in Interior Architecture, DePaul University – MA in Philosophy and a BA in Philosophy 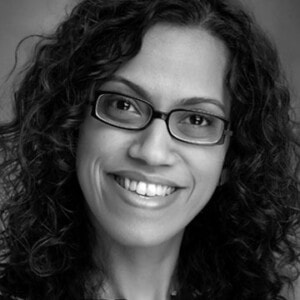 Solly Thomas holds a Master of Business Administration from Loyola University Chicago and a Bachelor of Science in Mechanical Engineering from the Illinois Institute of Technology. Solly is an instructional trainer, teacher and author who has taught at East West University and University of Colorado. 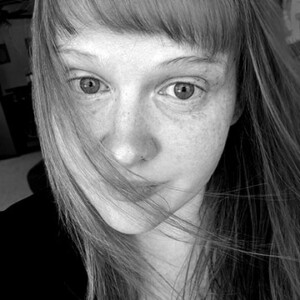 Michelle F. Wright, Ph.D., received her Ph.D. from DePaul University in 2012. She has been teaching face-to-face courses for 15 years; she has 13 years of online teaching experience as well. She enjoys teaching courses in Introduction to Psychology, Social Psychology, Developmental Psychology, and Psychology of Media. 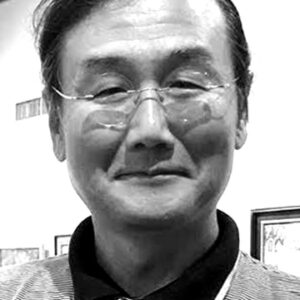 Don Yang is a Fine Artist teaching oil painting, life drawing, and artistic anatomy at the American Academy of Art College since 2002, serving as chairperson of the Fine Art and Foundations departments. In addition to his previous medical training in the U.S. Army, Don earned a BFA with honors and later a MFA with emphasis on fine art and traditional illustration from the American Academy of Art College. He is also a guest instructor for Urban Sketchers Chicago and Master Plein Air Painter for Plein Air Painters Chicago. His work is included in collections throughout the United States.