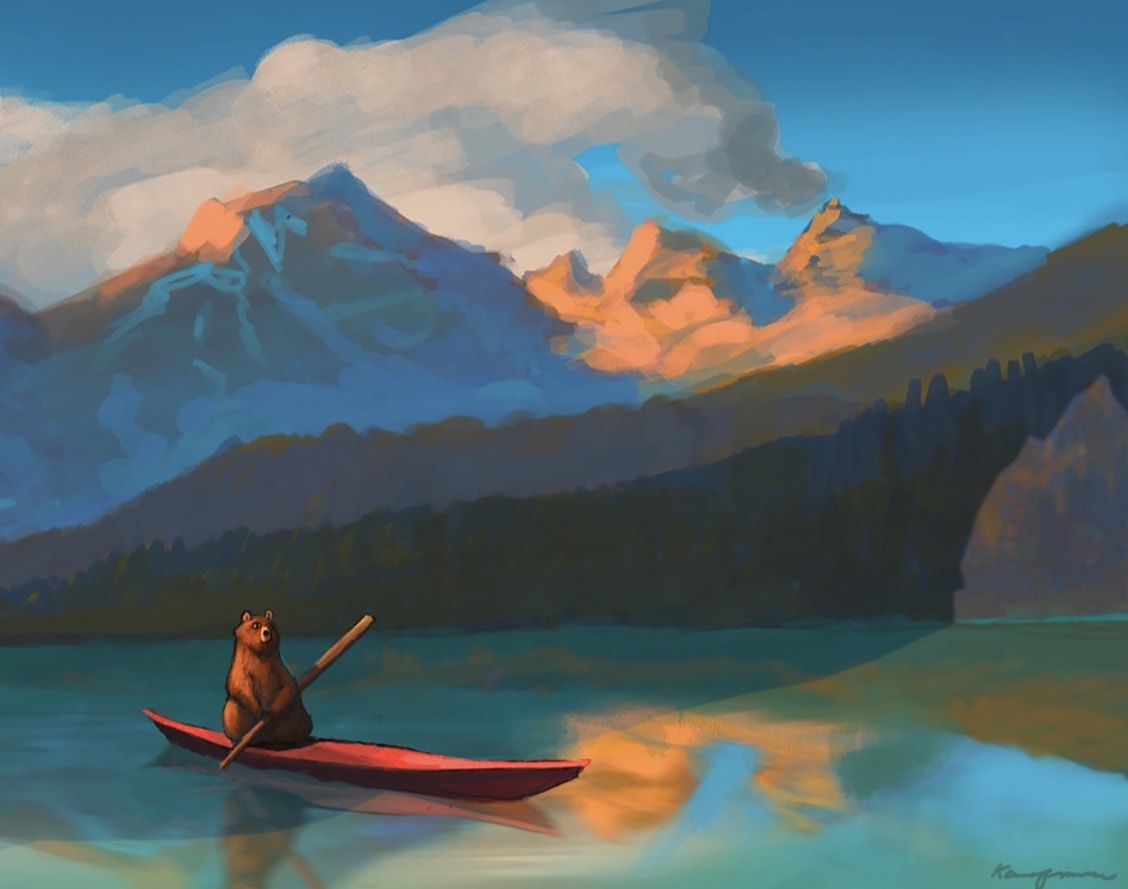 Many illustrators have dreams of going on to work for major animation studios like Disney and DreamWorks. Academy Alumni Bill Kaufmann is fortunate enough to have worked for both during his 32-year career in the animation industry. While at the Academy, Kaufmann found a love for pastels, though he initially struggled with them. He began checking out art books by artists he liked and practiced copying their techniques. Something about this method clicked for him, and he discovered the medium he would return to often throughout his art career.

Just before leaving the Academy, esteemed former faculty member Irving Shapiro encouraged Kaufmann to enter a competition held by the Society of Illustrators in New York. His pastel piece took first place and led him to eventually compete for and win a scholarship with the Art Student’s League of New York.

After finishing his post-secondary studies, Kaufmann got in touch with the Academy’s Career Services Coordinator, who had a lead on a job with Disney. He put together four different portfolios, showing off his different artistic strengths, and mailed them off. In 1990 he left Chicago for Los Angeles and began his job with Disney. In his early days there, he trained in the background department by taking old film backgrounds and copying them using gouache. His most notable work at Disney was painting backgrounds for the Walt Disney Feature Animation Beauty and the Beast.

When he left Disney, Kaufmann moved to Hyperion Animation, working primarily on Bebe’s Kids. Four years later, he was approached by a former Hyperion colleague about joining him at a newly developing animation company. After interviewing with the producer, he accepted a job on the ground level of what would become DreamWorks Studios. While there, he worked on major studio films including Spirit: Stallion of the Cimmaron and Kung Fu Panda.

Kaufmann spent 2 decades with DreamWorks and is now semi-retired. He frequently spends his time painting and looks back on his years at the Academy fondly, recalling the importance of learning how to work with structure and deadlines. In studio animation, 30-40 people often look at a piece of artwork before giving approval, and deadlines are tight and difficult. He believes his success in meeting them is partly due to the time management skills he learned while in school.

Kaufmann’s participation in the Academy’s Visiting Artist Series was very special to students, staff, faculty, and for him. Throughout his talk, he shared bits of his personal artistic process, and many of the students were delighted to hear him mention animated films they loved as children. He stayed long after his talk to answer individual questions, reminisced with staff and faculty who remember him as a student, and toured the school with Academy faculty member, Rich Kryczka. The Academy feels very fortunate to have had this day with him and we look forward to his next visit.

To view more of Bill Kaufmann’s artwork, visit his website.